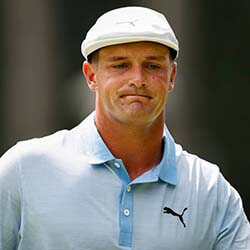 US golfer Bryson DeChambeau is apparently eager to end his long-time public feud with Ryder Cup teammate Brooks Koepka. The two have been involved in a war of words for more than a year now and last month became involved in so heated a to-and-fro that it necessitated a stepping in and brokering of the peace by US captain Steve Stricker.

Coach Mike Schy on Monday told a prominent media house that despite the real reason behind the row, whether for public attention or no, DeChambeau badly wants it “over” and done with, and as soon as possible.

Schy’s comments came after a series of arguments that involved Koepka accusing his teammate of sluggishly slow play, and DeChambeau returning the favour by making fun of Koepka’s physical appearance during an interview with a magazine.

According to Schy, DeChambeau’s personality can be misconstrued as “selfish” because of his personal mannerisms, but that in reality, he’s trying his utmost best to be an asset to the team as they prepare for the upcoming Ryder Cup. This week’s appearance will be DeChambeau’s second in the popular tournament, which is staged once every two years.

DeChambeau, who won last year’s US Open tournament, is in love with representing his country, explained the peace-seeking coach. Missing this year’s Tokyo Olympics dealt the 28-year-old a massive blow of disappointment, explained Schy.

This year’s Ryder’s Cup will be held at Wisconsin’s Whistling Straights, and officially tees off this coming Friday the 24th of September.