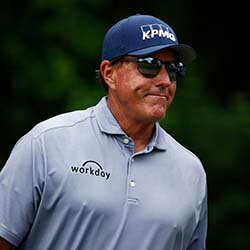 US golfer Phil Mickelson has gone back on his previous comments about the planned Saudi Arabia breakaway league. Michelson apologised this week for his comments, which he described as “reckless”. He also aid he needs time away from the sport for personal reasons.

Mickelson, a six-time major champion, has been someone closely connected with the possible rival league to the PGA Tour.

It emerged last week that Mickelson revealed during an interview last November how despite his concerns about the Gulf state’s human rights violations, he would be prepared to overlook those atrocities if it meant putting pressure on the PGA Tour.

Rory Mllroy criticised his rival on the weekend by saying Mickelson’s comments had been ignorant and selfish – let alone uninformed and naïve.

Mickelson issued a statement on Tuesday, and said despite his comments about the rival league, looking back now, he regrets the perceived sentiments behind those comments. He added that what he had said did not correctly reflect his true feelings.

The legendary player did however add that he felt change was necessary in the way in which the sport is being managed and run. He also confirmed that he had offered to end contracts with sponsors offended by what had been said.

Mickelson also opened up about his feelings and challenges faced on a more personal level. He said the past decade had been a time of undue stress and pressure, and that these negative emotions had started to affect him deeply.

He said he desperately needed time away to work on becoming the human being he wants to be.