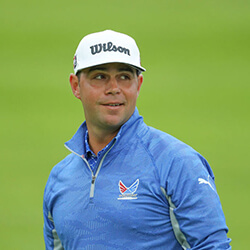 American Gary Woodland managed to hold off world number one Brooks Koepka to claim his very first major win at the 119th US Open that was played at Pebble Beach. The world number 25 ended the day shooting two under 69 to win by three on 13 under, taking the lead from Koepka, a two time defending champion.

Talking about his win, Woodland told reporters that it was special, and that he never through the tournament was over. English Justin Rose claimed his own share of the lead thanks to a birdie on the first hole, but eventually fell away with 74, finishing on seven under par. The 28 year old world number four, who was hoping to earn the second major of his career after success in the 2013 US Open, finished the event with five bogeys and tied for third place with Americans Chez Reavie, and Xander Schauffele, along with Spanish Jon Rahm.

Northern Irish Rory Mcllroy had a difficult final day that included double bogeys bot at the second and the 16th, but ultimately finished with a birdie and made it inside the top ten with five under. English players Matt Fitzpatrick, Danny Willet, and Matt Wallace finished one stroke behind.

Tiger Woods started his day with 11 shots behind pace and slipped further down the roster thanks to four bogeys within the first six holes. The 43 year olds season so far has been a mixed bag of highs and lows.

For the second consecutive season, Brooks Koepka was appointed America’s PGA sportsman of the year. Despite the triumph of the Northern Irishman at the Tour Championship in Atlanta on Sunday, ….