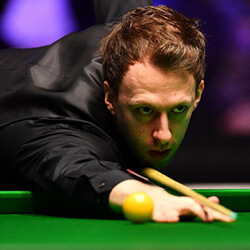 Former champions Judd Trump and Ding Junhui have both been knocked out of the last 16 in the UK Championship that’s taking place in York.

Fifth seeded Trump lost 6-4 to world number 21 Joe Perry, but the biggest surprise was Martin O’Donnell, who is world number 59 currently, beat two-time victor Ding with the same score of 6-4. Ding, who is world number eight overall, became more frustrated as the game continued, and his usually superior performance was marred by a series of sloppy positional plays and a few simple misses.

32-year-old O’Donnell is set to take on Ronnie O’Sullivan next, while Perry will be playing against Tom Ford. Londoner O’Donnell has told reporters that his recent victory was the biggest of his career, and that he knew he was in good shape so he didn’t panic while he was playing. He added that he began to enjoy it once he had starting potting a few balls, and that it was great to finish it off. He finished by saying that there are a lot of tough days, and a lot more downs than ups in the game.

13-time ranking event winner Ding is currently the fourth Chinese player that O’Donnell has beaten on his campaign to the third ranking quarter-final of his best season so far. O’Donnell, who had previously never been beyond the first round, has been confident throughout the championship so far and looks to go even further.