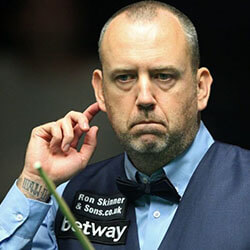 World champion Mark Williams has moved into the fourth round at the UK Championships after beating Noppon Saengkham 6-3.

The Welsh player was in good form as the immediately responded to his opponent’s opening break of 119 by taking his own scores of 54, 72, and 112 as claimed a 4-1 lead. Thailand’s world number 34 won scratchy back-to-back frames, giving Williams a run for his money. But Williams managed to get over the line in an otherwise scrappy conclusion.

Williams, who is a two-time UK Championship winner, looked like he would make short work of his Saengkham after a swerved long red set him on his fourth consecutive frame and a 4-1 advantage. The 1999 and 2002 victor made some small mistakes that his opponent took advantage of, although he himself missed a few opportunities to get back to 4-4, and was unable to gain any serious ground for the rest of the match.

After the game, Williams told reporters that he played well, and that his form is starting to get better, and he’s feeling more comfortable. He added that he missed some easy balls, but otherwise his game is coming along well.

Williams is now tie with world number 15 Stephen Maguire for the upcoming fourth round, after the Scottish player beat Ali Carter 6-3. Joe Perry has also progressed thanks to his 6-2 victory over Joe O’Connor, while Ronnie O’Sullivan beat Chinese Zhou Yuelong in a 6-0 win.