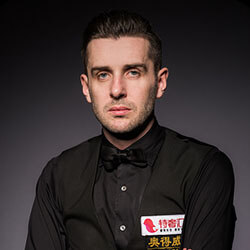 World number one mark Selby has suffered a 6-3 loss in the first round of the UK champion to amateur James Cahill in one of the biggest shocks in UK Championship history.

The two-time former champion clearly struggled against his 22-year-old, 126th seed opponent, who dominated most of the game. Cahill led 4-0 and 5-1, and closed off the win by potting a long pink in frame nine. After the game, he told reporters that it was a great win, and that he hopes he can take confidence from it moving forward. He added that the standard wasn’t great, but that it was brilliant to beat the world number one.

Cahill had not been past the first round of any ranking event so far this year, but managed to find some form at the York Barbican. Selby, who saw his chance end last ear in the second round when he lost to Scott Donaldson, managed to grab 79 points during the first four frames before getting on the board to try and make a trademark comeback.

Cahill worked past this, and took the next frame by potting black and pink. The Leicester man found his form and took the next two frames, hitting a 103 and reduced Cahill’s lead to 4-3. But Cahill kept his nerves in check as he played a ninth frame and won the match. He will now be moving on to round two, and will be taking on Sunny Akani.