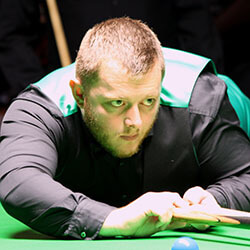 Mark Allen has scored back-to-back centuries to beat Neil Roberson 6-5 and move on to the quarter-finals of the UK Championship for the first time in five years. Breaks of 62 and 77 helped the Northern Irishman claim control at 3-1. World number 10 Robertson took four of the five frames that earned him a 5-4 lead, of which three of them he got by potting the final black to win by a point.

But scores of 114 and 102 pushed Allen over the line in strong style. The match was originally expected to be full of attacking play and potting gradually turned out to be a compelling for different reasons. Robertson’s matchplay had him as the favourite to move on the quarter-final after he hit back to lead 5-4, but Allen, a Masters champion, refused to throw in the towel despite losing three frames.

Allen is now set to take on Scotland’s Stephen Maguire in the last eight, but was pleased with his performance in his latest game. Talking to reporters, Allen said that he was in complete control of all three frames, and managed to lose three by one point, which hurt. He added that he felt that he was the better player, and there were not many better ways of ending a match than with his opponent not scoring any points in his last two frames. The other match of the evening went to Tom Ford, who beat Lu Ning 6-5.