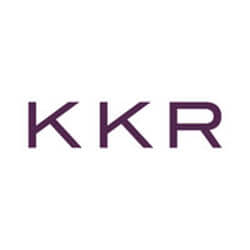 Kohlberg Kravis Roberts is a giant in the global private equity industry who recently made headlines when it purchased an AU$4 billion stake in the Ultimate Fighting Championship. The organisation is now apparently involved in negotiations with Rugby Australia, discussing the possibility of an investment that could save the beleaguered sports code.

KKR & Co. Inc. has begun talks with RA, in collaboration with the Melbourne Rebels, about staking in the sport in a deal to the tune of hundreds of millions of dollars. The parties met a few weeks ago and discussions went well and are to proceed. A 2021 competition model for professional games that will probably dismantle the 25-year SANZAAR fellowship at Super Rugby Level and start putting Australian interests in the foreground.

Hamish McLennan, the new Chairman of RA, has confirmed that the firm is interested. He said that, although grassroots games and Test Rugby are out of bounds, Super Rugby is ripe for a big change. He stated that he has not spoken with KKR & Co. Inc. directly but they’re a seasoned, respected company who have expressed an interest in the code. Apparently, they’re not the only party courting the governing body either. According to McLenna, several organisations have approached RA.

McLennan says it’s the right time to be having these discussions, since RA is investigating alternate ways of funding the game. He added that anything he can do to free up money to be reinvested in grassroots Rugby is good for the game.

Officials have recently announced that New South Wales, the most populated state in Australia, will be opening up more of its sporting facilities as of the middle of this month. ….