Life After The Winter Olympics 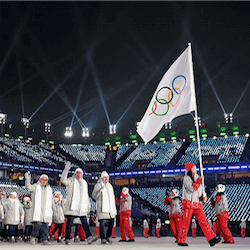 When The Games Are Over

That South Korean president Moo Jae-in elected to refer to the Winter Olympics in Pyeongchang as the “Peace Games” seemed an amicable shift in the right direction as far as hostility between North Korea and South Korea was concerned. However, experts largely agree that once the United States and South Korea resume military exercises, generally accepted as each trying to intimidate the other, North Korea will once again become fidgety and express its displeasure at the entire situation, causing a sharp rise in tension once more.

The truly tragic story behind the Olympics, however, is that the aftermath of the Winter Games will more likely than not follow the same route as that of most other Olympic Game. In short: the economic situation will very closely simulate the political one. Absolute and utter financial ruin has become commonplace following Olympic Games in any country, which has resulted in fewer and fewer cities stepping up to the place, bid to host in hand.

The scene is always pretty much the same: huge costs that no country can actually afford, large and extravagant venues never to be used again and a whole lot of unhappy locals. The only difference is, Pyeongchang comes with an added twist of plot: a possible new stint of unrest in the peninsula.

The financial tale is one of over-spending and the long walk to recovery. South Korea spent about 14tn won (approximately £9.3bn), far exceeding the initial highest estimate of £6bn. On the up-side, the budget included the construction of a brand-new high speed rail rink that now transports travellers eastwards from Seoul in under two hours, a definite improvement from what the situation was, an annoying journey by road described by disgruntled passengers as having been a lot like winding through innards.

Unfortunately, there is another side to the infrastructure coin. The waste to trump all others will no doubt be the 35,000 seater Olympic Plaza. The venue will at most be used a total of four more times, for the opening and closing ceremonies of the Olympics and Paralympics, after which it will in all likelihood be torn down. The cost? A cool £78m.

When considering that the county that hosted the Games has a population of only 43,000 and is the poorest in the Gangwon province, one starts to realise the weight of the reality that is the Olympic Games.