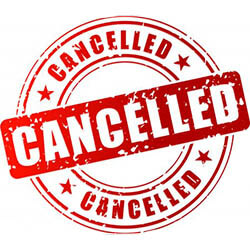 With updates changing almost by the hour, sports fans are struggling to determine which major events are being turned on their heads from governmental changes made to try and contain the coronavirus COVID-19 outbreak.

Australian Rules Football has been cut from 23 rounds to 17, and all 18 teams will be playing each other once. A decision on whether the season will begin as scheduled on Thursday 19 March, with the Richmond Tigers arranged to play the Carlton Blues at the Melbourne Cricket Grounds, will be made later today.

If the game does go ahead there will be no spectators allowed, following the League’s ruling that games will be played behind closed doors for now. This decision was made last week in light of the Australian government’s advice that gatherings of 500+ people be disallowed. The AFL confirmed recently that if a single player tests positive for COVID-19 it will shut down in its entirety for at least two weeks.

The National Rugby League season began without restrictions on spectators last week and will continue like this in Round Two, but all games from then on will be played behind closed doors.

Football Federation Australia has announced that the six-week A-League season left us will go ahead, along with the W-League Grand Final, but both of these will unfold with no fans present. It’s also very likely that the remainder of the season will be compressed into three or four weeks, with shorter turnarounds being put into place between each match. A decision on whether the Finals Series will go ahead is yet to be made.

Greg Smith has seen his doping ban lifted and may return to coaching Athletics thanks to a legal loophole. Smith, who until recently was in charge of training Bendere Oboya, ….

The Australian Sports Museum Set to Reopen in February

The newly-named Australian Sports Museum, home to the biggest collection of sporting memorabilia in the country, will be reopening soon, after it’s AU$17 million upgrade. If you want to be ….

Sportsmen Step up in the Wake of the AU Bushfires

Cricketers from Australia and New Zealand are wearing black armbands as a tribute to those who have been affected by the devastating bushfires in Australia. At least 18 people have ….