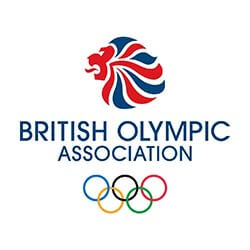 British Olympic athletes have the option of making use of temporary phones while competing in the Beijing Winter Olympics next month. They phones will be provided by the British Olympic Association (BOA) for fear athletes could be spied on by the Chinese government.

Athletes will still be permitted from taking their own mobile phones, but they have been cautioned against doing so. The BOA has reportedly said it fears Chinese authorities could install spyware for tracking future activities and accessing private information.

According to a spokesperson for BOA, athletes will get to make the final choice about which mobile device to use while in Beijing.

But going one step further had been the Dutch Olympic Committee*Dutch Sports Federation (NOC*NFS). The organisation has ordered its delegation not to bring their personal mobile phones, tablets, or laptops when competing in China. Alternative devices will be provided and destroyed upon the athletes’ return home.

According to Dutch spokesperson Geert Slot, cybersecurity is a major driving force behind the assessment of risk. He said China’s closing off of its internet has necessitated solid measures. He however refused to elaborate on additional specific cases.

During previous Olympic Games, British athletes wanting to create awareness about political issues were advised by the BOA to discuss any comments first before posting any information to social media. China is notoriously anti-social media and anti-opposition.