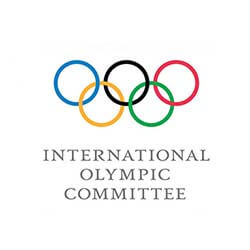 Transgender issues in athletics are once again under the looking glass.

According to the experts, the IOC’s new framework, which rules that there exists no need for trans women to lower their testosterone levels in order to compete against “natal” women, ignores the science on performance by focusing solely on inclusion.

The new guidelines are due to be signed into force after next month’s Beijing Winter Olympics. The framework comes in the wake of several high-profile cases, including those involving weightlifter Laurel Hubbard, and US trans female swimmer Lia Thomas.

Scientists are however now calling on the IOC to rethink the guidelines regarding trans athletes. According to an article published in the British Medical Journal Open Science & Exercise Medicine, scientists say there should be no prior assumptions made about an advantage in terms of athletic performance by trans women. Such an assumption reportedly stands conflicted with the outcome of an IOC consensus published in 2015, as well as specific scientific evidence.

The 2015 consensus, which was signed by several authors, including the head of World Athletics’ medical department, calls on the committee for the setting of a set of formal standards rooted in science and fairness – and not just inclusion.