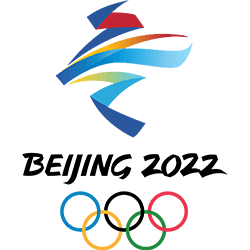 Australia has declared that they might not send any officials to the Winter Olympics that’s set to be held in Beijing as more lawmakers from around the world call for a diplomatic boycott of the region. The Labor party as well as the Liberal-National coalition are asking that the federal government officially boycott the upcoming event, which is set to be held over the course of February of next year.

If the diplomatic boycott would in fact take place, it would mean that athletes would still be allowed to participate in the Winter Olympics, but that the country would not be sending any officials through. A spokesperson speaking on behalf of Richard Colbeck, the Australian Sports Minister, had said that a final decision on their representation at the Winter Olympics had not been made as of yet.

Along with Australia, President Joe Biden has also stated that the US might be considering the same boycott of the Olympics, but it has also yet to be confirmed. The potential boycotts are in response to China’s recent human rights violations, including what many are calling a genocide against the minority Muslim community that lives within the country.

Britain has not made any official decisions yet on who will be representing them at the Olympics, but Boris Johnson has stated that he does not support boycotts. The Australian government is believed to be waiting for the Biden administration to make its decision before any official boycotts are put in place.