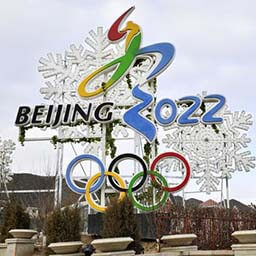 China this week warned the UK, Australia, and the US over the possibility of their being about to pay a price for their decisions not to send delegations to the Beijing Winter Games in February. The country described the decisions as “mistaken acts”.

First to announce a diplomatic boycott had been the US. According to an announcement of the US secretary of press, government officials will not be attending the Games in Beijing because of China’s propensity towards the violation of human rights.

Said Wang Wenbin, who is a spokesperson for the Chinese foreign ministry, the countries planning a diplomatic boycott of the Beijing Games are using the Olympics as a “platform” for the manipulation of politics.

While the European Union is currently considering its own response to the calls for a boycott, France’s minister for education and sports, Jean-Michel Blanquer, said in a radio interview this week that Paris will not be following the lead set by Washington. He said careful consideration is required within the context of the link between politics and sport – and that sport needs to be safeguarded from all and any political interference, both locally as well as internationally. Failing to do this poses a real risk to the survival of global competitions, he stressed.

Explaining Australia’s decision to join the push for a boycott this week was Australian Prime Minister Scott Morrison. He said Canberra’s decision to boycott the Games was the result of the country’s ongoing struggles to reopen channels with China for the discussing of human rights in Xinjiang province.