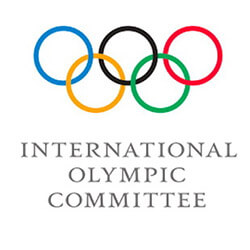 Chinese tennis star Peng Shuai remains a topic of concern in sports circles. Even so, the International Olympic Committee said this week that it had had a conversation with Shuai as recently as just last week. The organisation said it furthermore plans on meeting with the star in person in Beijing next month.

According to a spokesperson for the IOC, the committee has kept in regular touch with Shuai. The organisation first managed to make contact with her on November 21, 2021.

The Beijing Winter Games are set to commence on February 4.

Creating even more concern about the star’s safety had been her sudden withdrawal of the sexual assault claim made against former Chinese official Zhang Gaoli during an interview last month. She was understood by many to have been coerced into retracting her previous statement.

According to Shuai, her claim of sexual assault made on Chinese social media site Weibo had been misunderstood. She stressed during the interview with Lianhe Zaobao that she had never been sexually assaulted by anybody, and that whatever had been revealed in the now-deleted Weibo post had been a matter of private concern.

Australian Open organisers earlier this week lifted their previous ban on the wearing of T-shirts in support of establishing the safety and well-being of Shuai. The tournament previously claimed that the message constituted a political one.