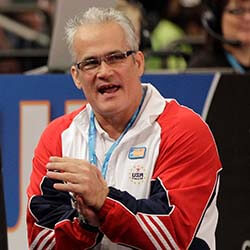 A former US Olympics gym coach recently charged with no fewer than two dozen sexual assault and human trafficking crimes, has killed himself.

John Geddert, who was accused of recruiting minors for forced labour, and who had ties with disgraced sport doctor Larry Nassar, killed himself only hours after a news conference announcement confirmed that he had been charged with several crimes that included sexual assault, a form of human trafficking, and the running of a criminal enterprise.

The accusations brought against Geddert centred around his having turned his Michigan gym into a criminal enterprise by luring girls to train under them before abusing them verbally as well as physically. The charges recently brought against him were part of the latest development of the sexual abuse scandal involving Nassar, who has since been imprisoned.

The 63-year-old Geddert was head coach of the 2012 US women’s Olympic gym team, which that year won a gold medal at the Games. He enjoys a long and sordid association with Nassar, who not only acted as the team’s Olympic doctor, but also regularly treated gymnasts at Geddert’s gym in the Lansing area.

Geddert’s victims suffer from eating disorders – including anorexia and bulimia, attempts at suicide and self-harm, excessive physical conditioning, the after-effects of physical as well as emotional abuse, and a multitude of challenges associated with sexual assault, legal representative Dana Nessel has confirmed.

Charges brought against Geddert included at least two counts of sexual assault committed against an under-aged gymnast in 2012.