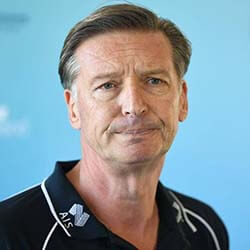 Alex Baumann, Swimming Australia’s newest chief executive, has resigned. Bauman cited poor health as the reason behind the resignation after only 3 months in the leader’s seat.

The Canadian national accepted the position in May this year – with his resignation trailing Australia’s most successful swimming campaign in the history of the Olympic Games.

Baumann, a two-time cancer survivor, spoke this week about the importance of health and family, while also expressing pleasure over the recent performance of the country’s Olympians. While he said he realised the difficulty brought about by the timing of his resignation, he explained that his family and his health had to come first right now.

The poor timing referred to by the Baumann most likely involves his having been previously tasked with investigating the accusations made by swimmer Maddie Groves head of June’s national trials. Groves had been one of the swimmers threatening to overthrow Australia’s preparations ahead of the Tokyo Games.

Swimming Australia president Kieren Perkins has in the meantime commended Baumann on his role in the Olympic success of the Australian team, while adding a replacement chief executive will be named in due course.

Perkins emphasised that the next CEO will be tasked with leading Australia into an all-new era – with a strong focus on community and safety as the country turns its attention to Paris and the year 2024. While Perkins said it’s a “sad affair” to see Baumann go, he voiced understanding for the reason behind the decision.